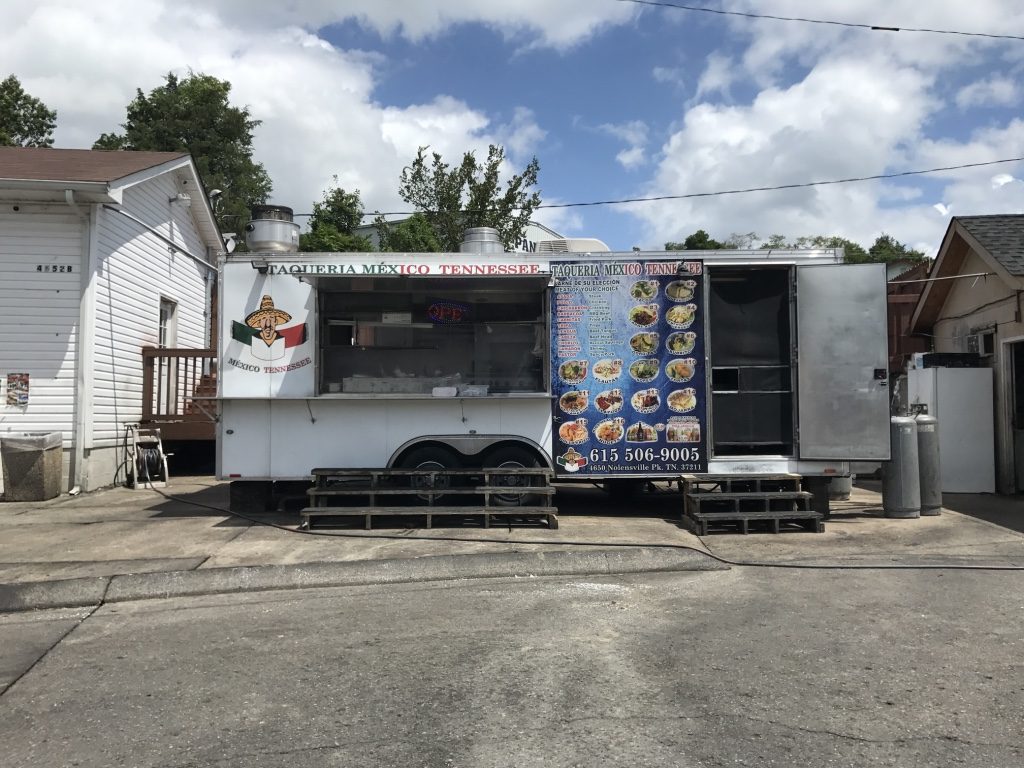 Week 9 started out like any other Tuesday for the Tommy’s Tracks crew. We hopped in the car, headed towards Nolensville, and tried to find a taco truck. After a few minutes of searching for a truck, we saw a tiny shack billowing out smoke and tantalizing smells. After busting a u-turn (LEGALLY) we made our way over to Taqueria Mexico Tennessee right near the intersection of Nolensville and Haywood.

First impressions: The smoke shack sold us immediately. We had no doubt in our minds that if a taco joint is smoking their own meat, it’s gotta be tasty. We walked up to the truck blaring musica norteña and were told we could sit and order inside by the server. The inside had A/C, a big screen TV and bright green walls surrounding the handful of booths for patrons. There was also a little outdoor seating area! 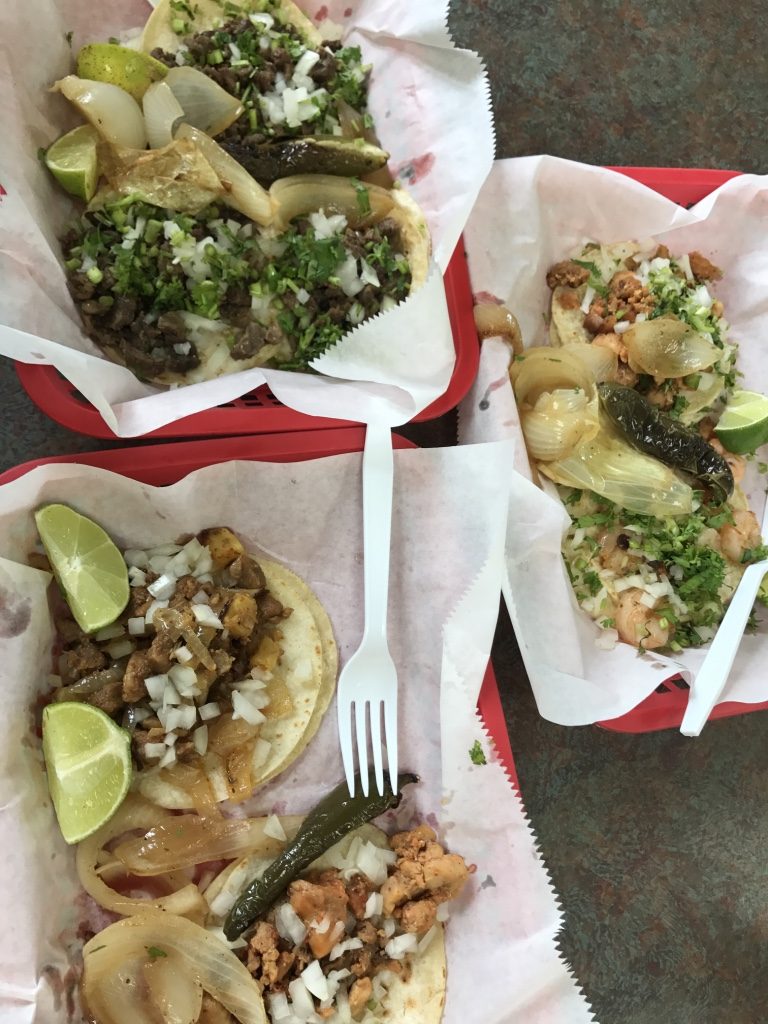 THAT SMOKE SHACK WAS EVERYTHING. Every single taco we tried had a smokiness and richness that we had never experienced over the last nine weeks. All we could say was WOW.

The waitress did ask about toppings, referring to the onions and cilantro, which we always look for. They were also garnished with fresh limes, grilled onions and a grilled jalapeño. The tacos were $1.50 a piece, which is on the higher end of the price spectrum for Nolensville taco trucks.

Chicken was up first! The sauceless chicken was chopped, juicy and tender. We think that adding a sauce to that chicken would’ve only masked the woodiness, smoke and spice that you get from the meat itself. We added some sweet grilled onions to the taco to balance out the smoke. We packed our grilled corn tortillas to the point of bursting!

Next up we had the carne and shrimp tacos. The carne was also smoked, and chopped up finely. The carne must have been rubbed with black pepper, which added to the decadence of the meat itself. Then we tried the shrimp! The shrimp was grilled to perfection. It was so light and refreshing, so it satisfied your hunger without being too filling!

We ended with the spicy pork, or as their menu stated, “SPACY PORK”, which gave us a little chuckle. This taco was one we will ALWAYS remember. The spicy pork taco had GRILLED PINEAPPLE CHUNKS!!! At first it seemed a little odd, but after taking a bite, we were in love. The sweetness of the pineapple completely complimented and tamed the spicy sauce on the smoked pork. The taco wasn’t greasy, like spicy pork tacos typically are, and just completely covered every base that we look for in a taco. Best. Spicy. Pork. Taco. Yet.

Overall, our trip to Taqueria Mexico Tennessee was incredible. That little shack can sure bring the heat!