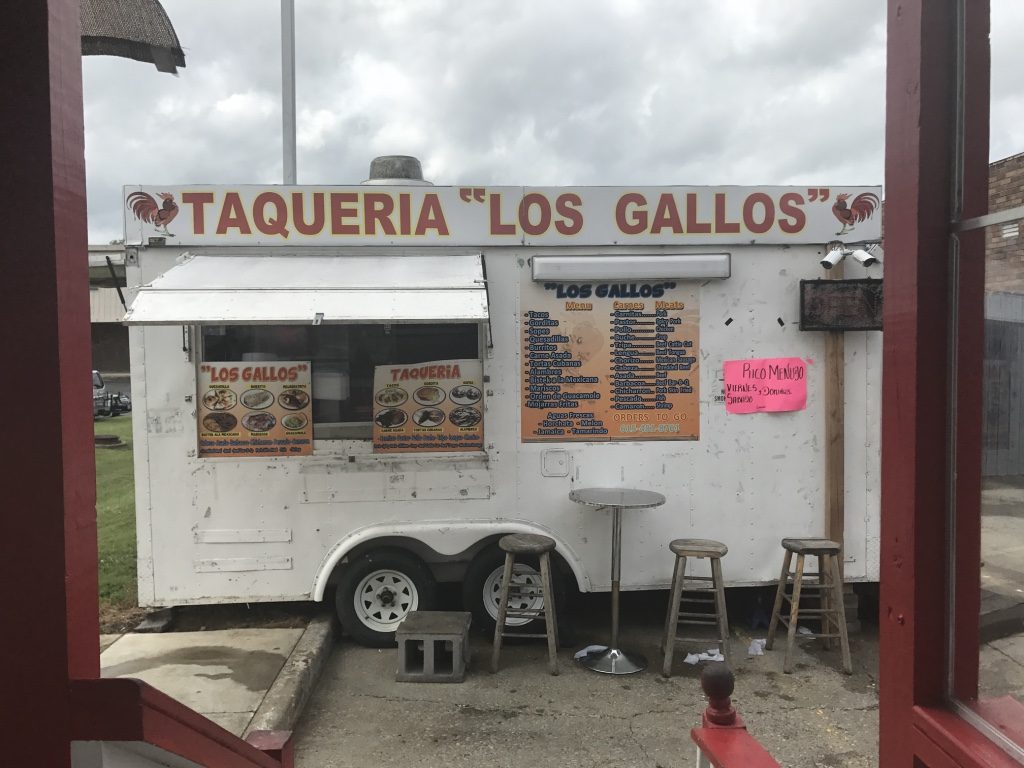 One crisp, fall afternoon the Tommy’s Tracks crew decided it was finally time to visit Taqueria Los Gallos. We had driven by this truck a million times, but it was always the shack that accompanied the truck that caught our attention. Taqueria Los Gallos can be found in the parking lot of a Route 66 gas station at Nolensville and Tusculum!

First impressions: The little outdoor seating shack was really what brought us to los gallos. It looks as if it were completely hand made with 2×4’s from Home Depot. We sat down inside the hut, which has wrap around panels to keep the cold out. There were a handful of booths where you can expect full service! We also noticed that Los Gallos had the widest variety of tacos of any truck we had visited so far! They even have a fish taco! We were very excited to give this little shack a try! 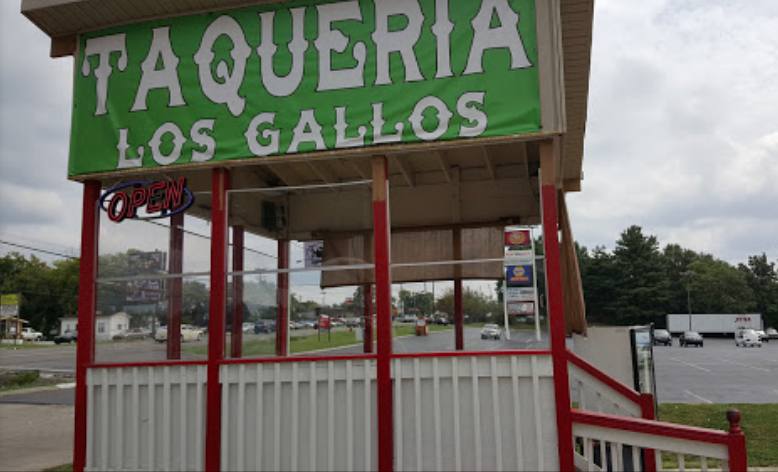 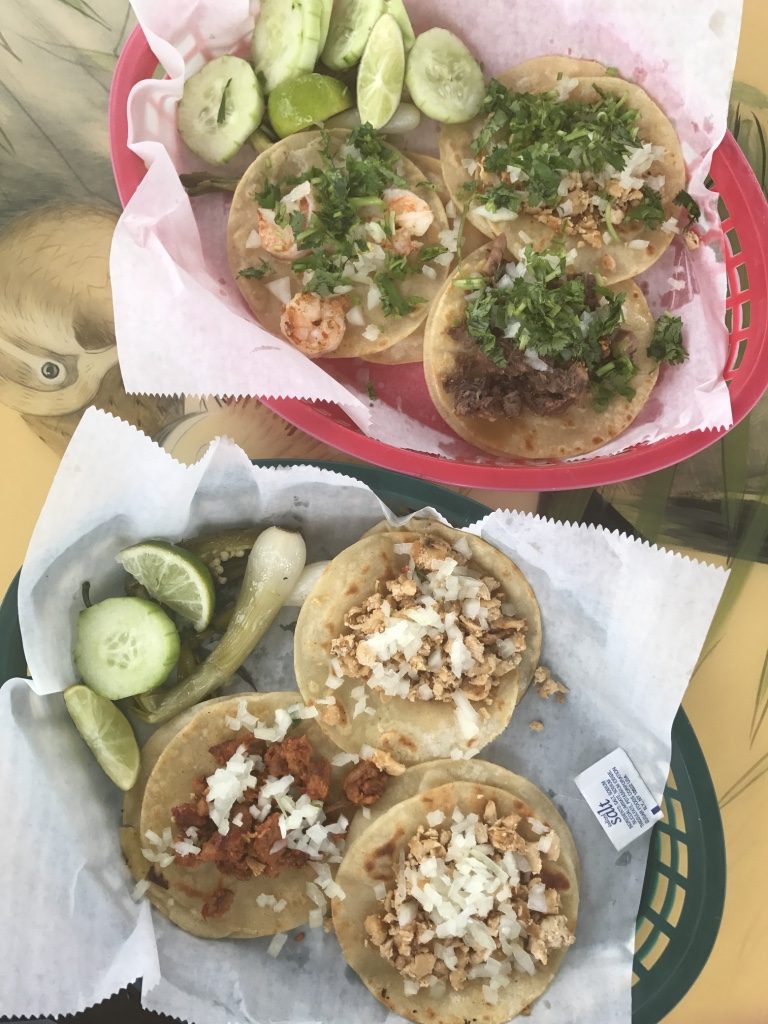 That little shack did NOT disappoint! Though we ordered our usual tacos, they were anything but ordinary. The server did ask about toppings, and brought over a jalapeño based house sauce that kicked our taste buds awake. The plates were garnished with fresh roasted jalapeños (which ended up having a little bit of sweetness), whole bulb onions (which we hadn’t seen before), cucumbers and limes.

Of course we started with our chicken taco. The chicken was chopped VERY finely, which was different than the shredded and roughly chopped chicken we had tasted before. The chicken didn’t have sauce and was honestly a little bit dry, but the house sauce gave it the kick and moisture that we needed. We added some of the whole bulb onions to add a hint of sweetness to the spicy sauce covered chicken, and it was the perfect balance of spicy and sweet! Those smoking hot corn tortillas were overflowing with deliciousness!

Next up we had the beef and shrimp tacos! The beef was shredded, which was another new style for us! Usually when ordering a beef taco you will get beef that is either chopped or sliced very finely, but this shredded steak was the bomb! The meat was tender and tangy without being dry or having any greasiness. Now for the shrimp taco. HOLY. SHRIMP. This taco was light, refreshing, and even described by Tommy as “heavenly”. A quick burst of lime juice over these little bad boys made it all one cohesive taco. These babies brought some serious nostalgia from Tommy’s taco adventures in Mexico.

The spicy pork was last at bat, and after our atomic red taco a few weeks before, we were a little nervous to see how this one would turn out. We would definitely say it fell somewhere between the cheeto taco and a typical spicy pork taco. It wasn’t nearly as greasy as some of the others  we had eaten before, but still had a great deal of spiciness and favor that we always look for. This little guy definitely ranks in our top 5 spicy pork tacos!

Taqueria Los Gallos completely exceeded our expectations, and we cannot wait to go back for that fish taco!