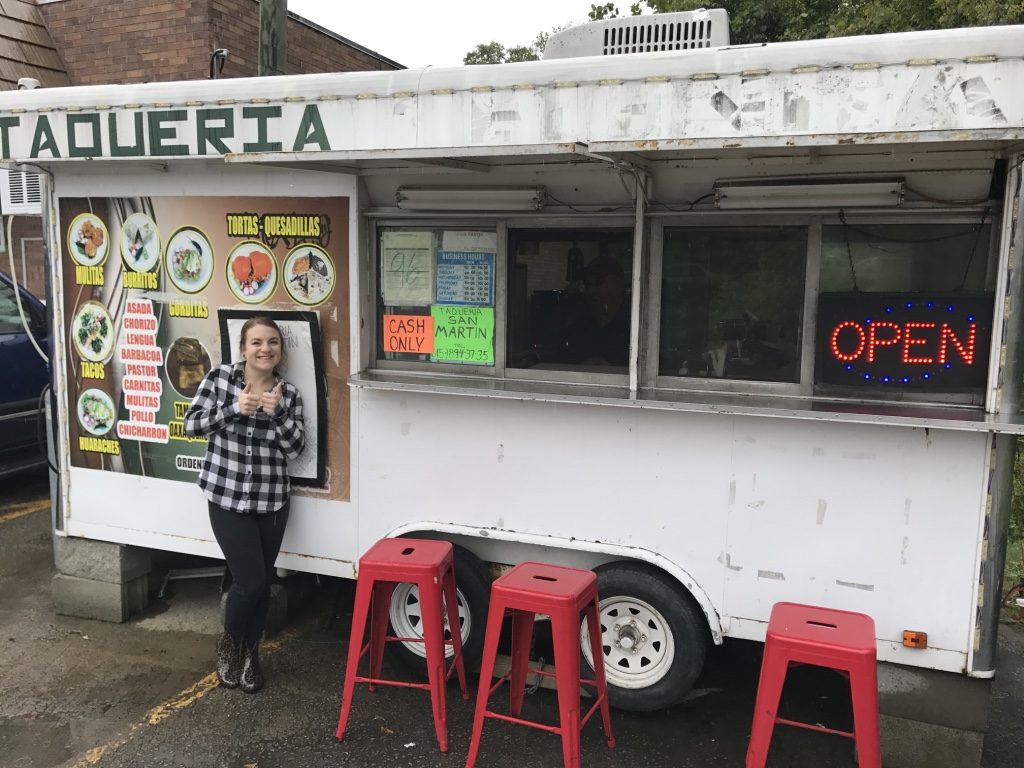 Taqueria San Martin landed in the Week 8 slot of Tommy’s Tracks Taco Tuesdays! This little truck can be found propped up on cinderblocks in the Marathon Gas Station parking lot at the intersection of Nolensville and Wallace!

First impressions: The crew visited Taqueria San Martin on a rainy Tuesday afternoon. The tiny little taco truck has a counter and stools for patrons to enjoy their meal, but other than that there is no available seating. The truck seemed to be a little bit beat up, and after a little bit of research, we found out that the truck actually used to be Taqueria Compadres! The truck recently became Taqueria San Martin; So recently that we had to create a Google Pin for the truck! 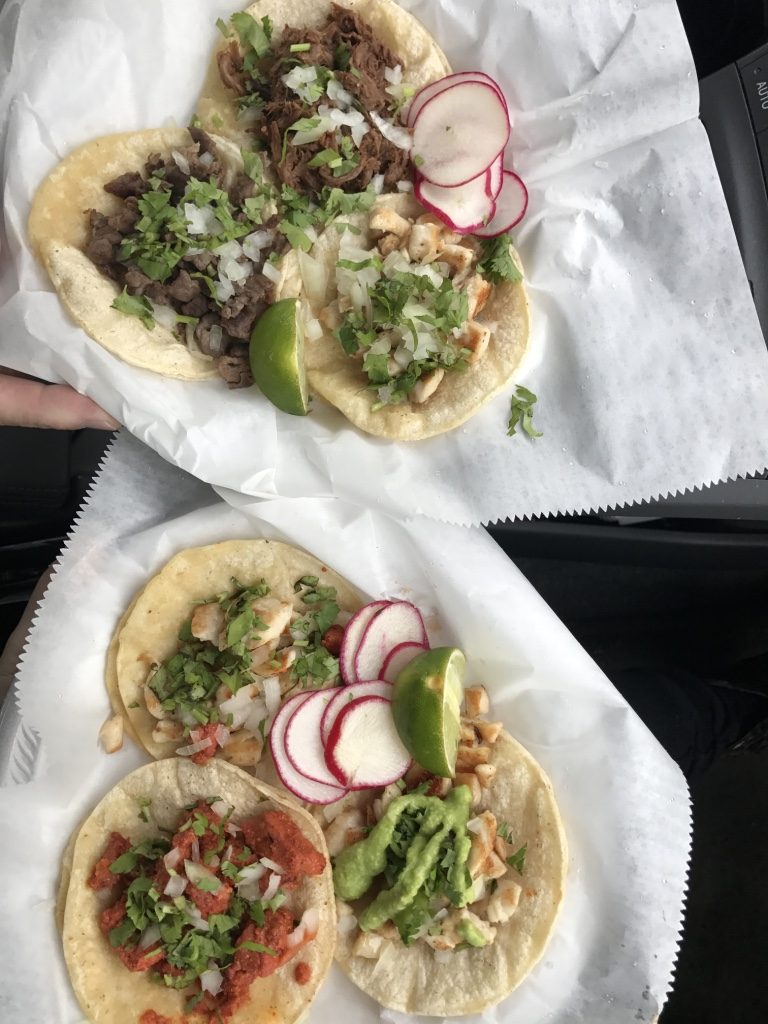 After having so many great experiences trying a bunch of different tacos, we decided to keep the ball rolling! We sampled four different tacos from Taqueria San Martin. The friendly man inside the truck, who was totally jamming to some sweet latin music,whipped up our tacos in no time!

We started with our control: the chicken taco. The man cooking up our lunch asked about toppings (a total plus for Rae-the-cilantro-hater), and garnished the dishes with sliced radishes and a lime. The chicken was chopped and juicy. The one thing we immediately noticed was that the chicken taco didn’t have any sauce at all! It was a crunchy set of corn tortillas, chicken, onions, and cilantro for Tommy. This was the first chicken taco we tasted without any sauce! Though the chicken was completely tasty on it’s own, they do make it easy to change the sauce problem. Taqueria San Martin provides a spicy, flavorful house green sauce. We couldn’t quite put our finger on what was in the sauce, but we suspected jalapeno and even a little bit of avocado. It’s definitely a must try on the chicken taco if you like a spicy kick!

Next up we had the asada and BBQ tacos. The asada taco was cooked to perfection, and was also sauce free. We expected the meat to be dry without any sort of sauce, but we were DEAD WRONG. The meat was so tender that it didn’t even matter that there was no sauce. The BBQ taco was a shredded BBQ pork taco, and boy was it tasty. It had the flare of being a Nashville dish, with a hint of spiciness from the latin flavors.

Last up was the spicy pork taco. Along the journey we tried many a spicy pork taco. The general consensus is that the taco is usually flavorful, but extremely messy. THIS spicy pork taco, on the other hand, didn’t look like a mess would be the problem. The spicy pork was an atomic red color, which was honestly kind of off putting at first. I reluctantly took a bite, and was pleasantly surprised! The pork had a strong tabasco flavor and could be enjoyed without the usual mess of a spicy pork taco. I would say if the color was less like a Flaming Hot Cheeto, I would’ve enjoyed it more. Overall, Taqueria San Martin produced some pretty tasty tacos for not using any sauces!

We chatted for a bit with the man inside the taco truck, and he was so jazzed that we loved the tacos so much! He was a super sweet guy who obviously put his passion into his food. While the tacos lacked sauce, they were still pretty darn tasty. We’re giving Taqueria San Martin a pretty good rating with a gold star because of the awesome service!