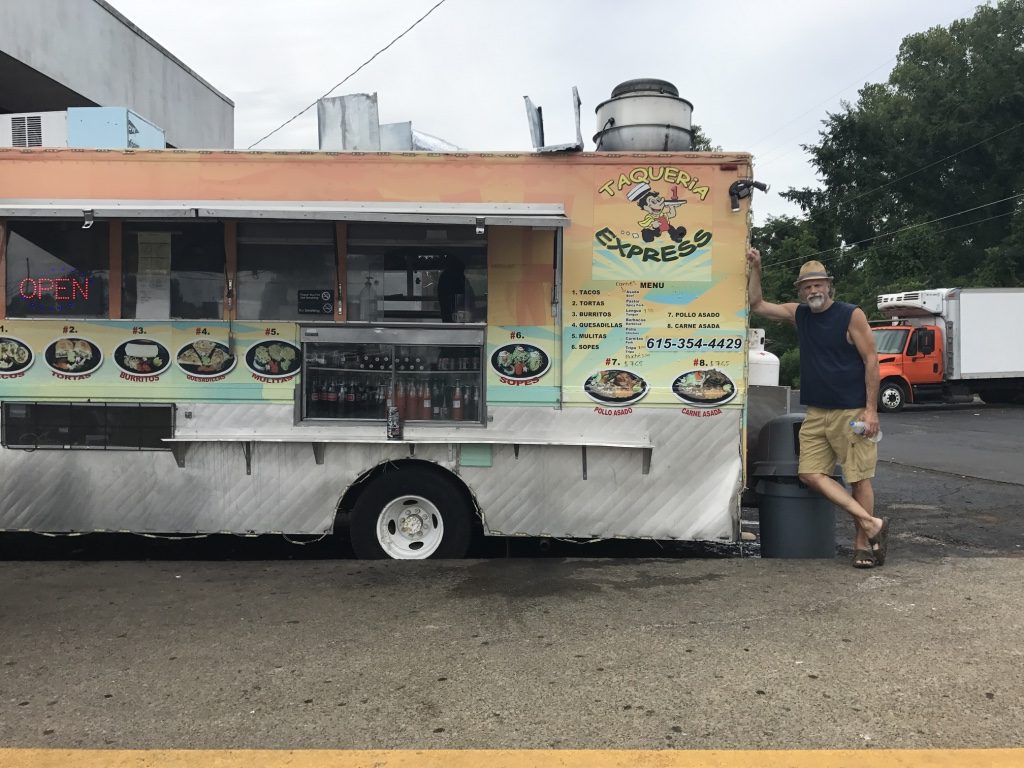 The seventh edition of Tommy’s Tracks Taco Tuesdays brought us to a vibrant taco truck in the parking lot of a K&S Grocery Store. Taqueria Express can be found right around the intersection of Nolensville and Edmonson Pike!

First impressions: Taqueria Express is parked directly next to the entrance of a grocery store. There were a decent amount of customers munching on their traditional tacos at the picnic tables provided in the front. There is parking available behind the truck, or in the store parking lot, but no indoor seating or shade available. 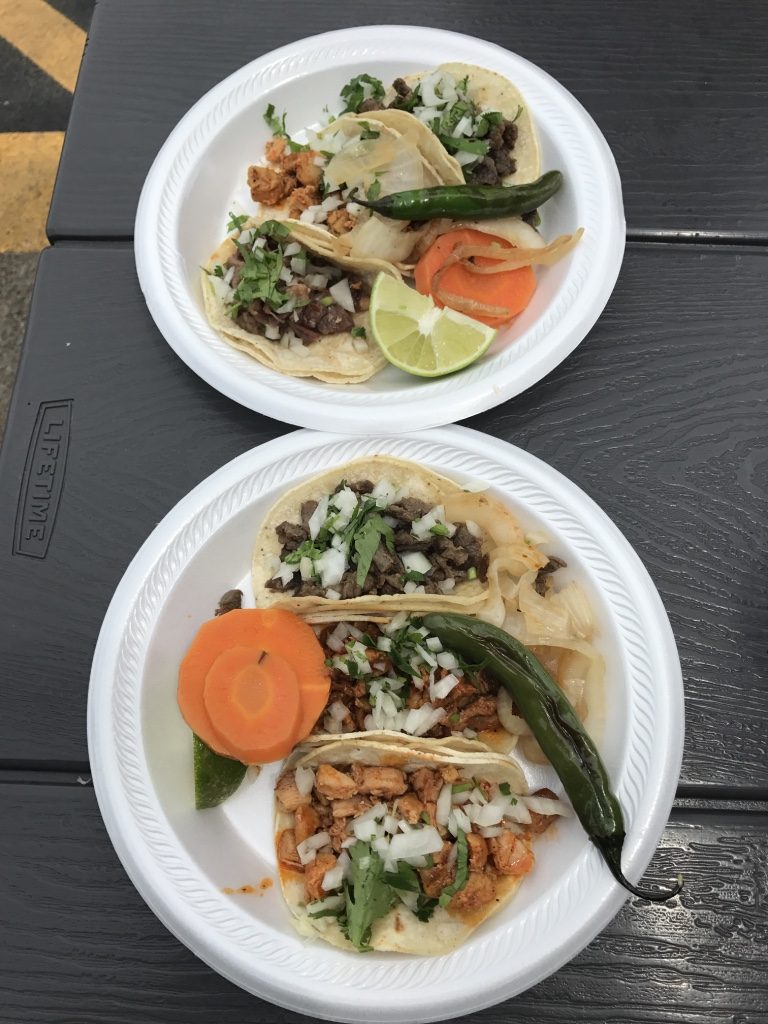 We managed to try out four different type of $1.50 tacos at Taqueria Express. We started with our usual chicken taco. They did not ask about toppings, so it came with the typical onions and cilantro. The plates were also sided with grilled onions, lime, an entire grilled jalapeno and some carrots! The chicken was chopped rather than shredded and was tossed in a spicy sauce to give it a little kick. Their chicken taco was packed to the brim of the crispy corn tortillas, but didn’t really stand out from other chicken tacos in our journey.

Next up was the beef taco. The beef taco sticks out in our minds, but not because of the tastiness. Our first bites were definitely not what we were expecting. The beef was chewy and dry. It even had some gristle to it. There was no spices or sauce on the meat, and it ended up falling short of our expectations. As much as we wanted to love the beef taco, it was our least favorite taco so far.

After trying the beef taco we honestly weren’t too jazzed to try the last two tacos on our plates. The spicy pork taco actually ended up being a pleasant surprise flavor wise, but had WAY too much sauce. Spicy pork tacos usually leave your hands a mess, but the amount of sauce and grease was just a little too much. The BBQ taco had a nice sauce, but once again the meat was just a little too chewy for us to write home about.

We left Taqueria Express with mixed reviews. The chicken and spicy pork tacos had great flavor, but the BBQ and beef tacos left us feeling unsatisfied. Taqueria Express was the first taco truck on our journey to fall short.