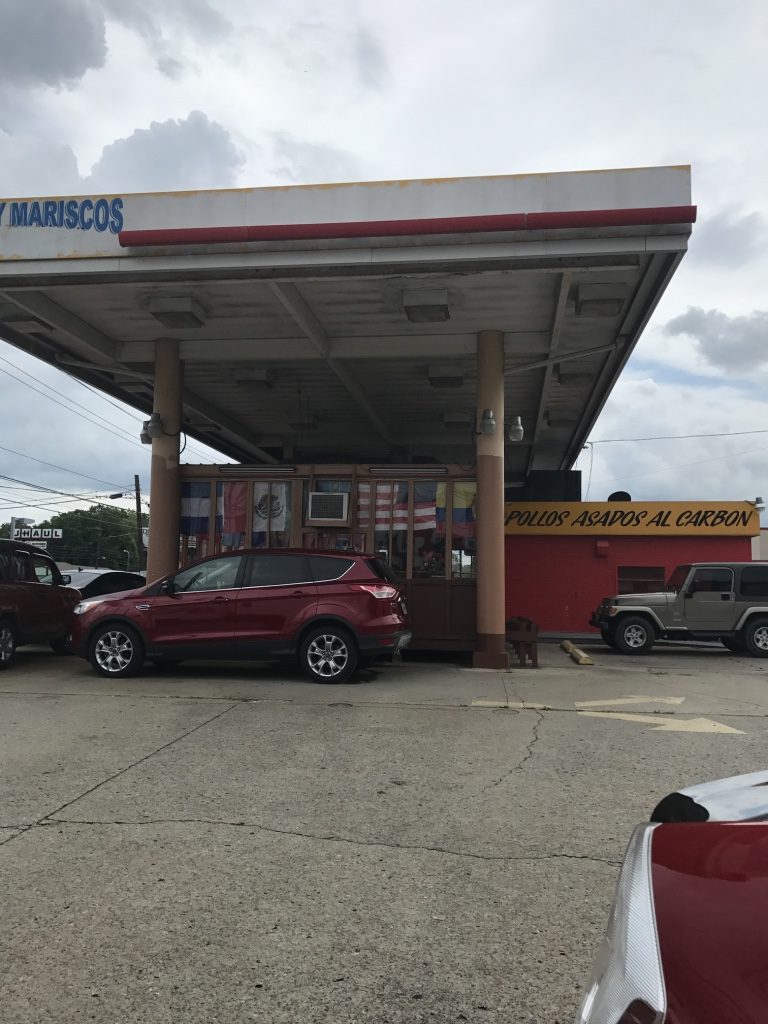 FINALLY! The Tommy’s Tracks crew got to visit the popular Tacos Y Mariscos El Amigo! We have driven by this renovated gas station a handful of times, and it is always packed with happy taco lovers. Word on the street is that El Amigo has some of the best tacos in town, and we were determined to find out the truth.

First impressions: El Amigo is very clearly a gas station turned restaurant, which honestly just adds to the charm. There is plenty of parking available, as well as two separate dining rooms with full service, a TV, and A/C. El Amigo was probably the busiest location we had been to so far, and the servers were super friendly and helpful! 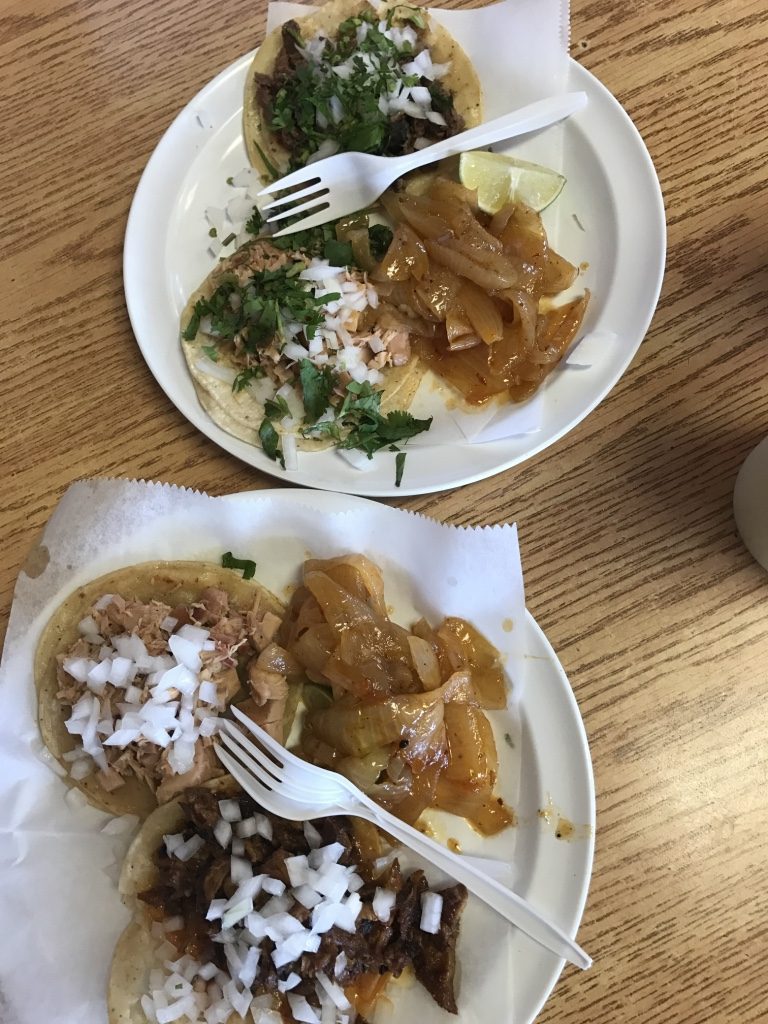 We went to El Amigo with high expectations from all the local hype, and we were NOT disappointed. The smiling waitress offered recommendations and asked about toppings, which we were used to. HOWEVER! She also asked if we wanted to add avocado and cheese to our tacos, which we were never asked before! It caught us off guard, and honestly sounded pretty enticing, but we decided to stick with our control: cilantro (for Tommy only) and chopped onions.

The tacos came out quickly with a massive side of grilled onions and a lime. They also bring over a little bowl of red onions! The first thing we noticed was the portion size. El Amigo does NOT mess around with their tacos. They pack the toasted corn tortillas to the brim, which makes the $1.50 price point justifiable.

First up was the chicken taco. The chicken was chopped, rather than shredded. It had a great smokiness, and was some of the most tender meat we had tasted so far. The meat still retained some of the juiciness, almost like it had been baked rather than just seared on the flat top. It did not have any sauce on it, so we added some of the green house sauce. THIS SAUCE IS BOSS. The sauce, which we believe to have been tomatillo and jalapeno based, added a rainbow of flavor and a BIG punch of spiciness. We highly recommend trying it out on the chicken taco to amplify it!

Next up we had the spicy pork taco, which was just as tender as the chicken. At this point in our taco journey, we expect most spicy pork tacos to be a little messy, but this taco was one of the messiest. We can definitely chalk that up to the fact that the taco was so full, and the spicy pork had nowhere to go but all over our hands and plates. The taste was completely worth the mess. The sauce was rich and balanced out well with the chopped onion, as well as the grilled onions we threw in there.

Last we had the asada taco. The beef was rich and tender, rather than being chewy and having any fattiness. The asada taco was tasty, but was definitely missing something. We added the house sauce and voila! The spiciness of the sauce balanced out perfectly with the savory beef and sweet grilled onions.

We ended our trip at El Amigo with some mints provided by the waitstaff. Our trip was nothing short of what we expected from word of mouth! We highly recommend this location to anyone looking to try their first, or fifteenth, taco on Nolensville!