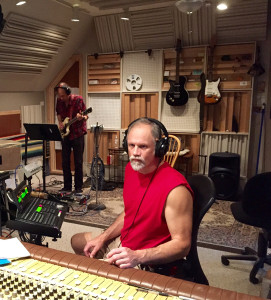 Tommy Wiggins (Proprietor, Inspirer) lives for creativity, collaboration and community. He’s on Earth to make music and help others make theirs. The two recording schools that he founded and directed have trained over two thousand musicians how to record their own music. The 400+ cable TV programs that Tommy has hosted (earning 5 Emmys ®) have showcased hundreds of bands and songwriters performing original music. Tommy is always writing, recording and performing his music, as a solo artist, with the Americana vocal duo “Wiggins and Haack” and with his Baja band “Los Hombres Del Norte.” 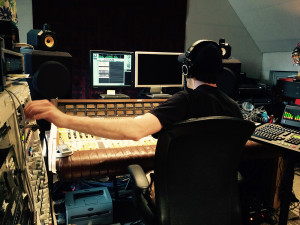 Chief Engineer Dave Towne’s mission is to make recording sessions run effortlessly. His love of all things music and computers makes him the perfect guy in the room. Dave’s answer to every “Can you do this?” is “Absolutely!” and his positive attitude rubs off on everyone. Dave is also the Nashville Predators’ home-game audio engineer.

Barry Maloney (Director of Forward Movement) has been on the ground floor at Tommy’s Tracks since Day 1. In fact, Barry helped build not only Tommy’s Tracks Nashville, but previous incarnations as well. Barry is deep into IT and moving audio from A to B, and he has a knack for asking the right questions. When asked about what Barry actually does, Tommy paused, then answered ”I don’t really know. Ask Dave.”

A songwriter and recording artist in his own right, Britton Deuel is able to approach projects from an insider’s perspective, doing whatever it takes to best serve the song. His quest for capturing sounds and helping artists to find their own vision make Britton a great asset in any session. When not at engineering or assisting at Tommy’s Tracks, he assists multi-Grammy winning producer/engineer Jason Lehning. Britton is a graduate of the Blackbird Academy, Nashville, TN. 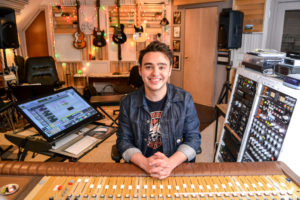 Up-and-coming mixer and engineer Connor Johnson worked as front-of-house and monitor engineer for Dwight Yoakam’s original guitarist and producer, Pete Anderson. Connor’s recording and mix work is diverse, and he always pushes himself to stand out above the rest. In his teens, Connor won four music composition awards in his home state of California. He has since earned multiple degrees in Audio engineering and Live Sound from Musicians Institute in Hollywood, CA and the Blackbird Academy in Nashville, TN.